In honor of my hate of Mondays, Sarah (Jimmy Fallon) sums it up perfectly.
So some of you have noticed, there have been no inspiration posts for the past few weeks, as well as no real house updates. I wasn’t sure what to say about the whole thing, as you see there was an “opportunity”. Well that has all been resolved now. I think, I hope, pretty sure….
So here’s the summary of what all happened: A while back SIL Karlye went to Gma Lois (house is on the compound/next door to in-laws) and asked if she would be interested in selling it to her and her husband Josh. **Rewind- Gma Lois is now in an assisted living facility.  Gma said no. Karlye left it at that and moved on in their search for a home.  Well time went by, and I suppose Gma thought about it some more. Karlye visited with her, and Gma said she would be willing to sell her house. So how this involved Kyle and I is this: Karlye and Josh weren’t sure what the agreeing price would be among the family, and if they would be able to afford it and remodel. Kyle and I talked and decided to halt our process and wait and see. Because if Karlye and Josh were not going to buy the house, Kyle wanted us to.

I was in a little shock at first. We talked a lot about how we would redesign and add-on to Gmas house. It would have been a nice house for us. So we waited, and waited and waited. Everyone waited…hence the waiting place post. Well yesterday a family meeting was held. Karlye and Josh made their offer of purchase, and explained how they arrived at the price. Gma’s sons discussed, and agreed it was fair and they would sell to Josh and Karlye. YIPPEE!! Really it’s a happy ending for everyone. I’m really excited that they will live on Camus Road with us and our kids will grow up with their kids. We are all pretty lucky. And now we all have a plan!

So I guess this week we will submit for our building permits $$$$$. Not having a plan is extremely hard to me. This was emotionally exhausting for me, and I think all of us. I was not so nice sometimes because I just wanted it resolved.

other updates in our life: Kyle is all done with football (yeah I survived another season, #8). Ellie will begin Cougar basketball soon, this will be her first time ever playing. Should be REALLY interesting. She’s also started up her hip-hop dance class. Its scary how well it suits her. They were dancing to “…I wish I was a little bit taller, wish I was a baller, wish I had girl so that I could call her…” OMG, Ellie’s lips were all puckered out, she was brushing off her shoulders, putting her hand up to her hear like a phone. Too much. I love watching her dance.

Peyton is again fascinated this week with his penis, how it gets longer then smaller when he pushes really hard when going to the bathroom. I just shake my head. He also is turning 5 here in a few weeks, and Kyle is obsessed with him learning the alphabet. He’s terrified he won’t know it by Kindergarten. I’m more lax about it.

Oh, in my Sue’s stories: I played bunco with her and her friends Tuesday. We almost didn’t make it. Sue, me, and 3 of her friends all rode together. None of them knew the address to where we were going. Oh, I felt like I was going to be lost in the car with them forever. I was dying listening to them all try to remember where this lady lived. Finally we had a street name, I summoned Siri and we found it.
And her quote of the week: “I could never do one of those FYI shows”, Nicole: “Do you mean a DIY show?” “oh, yeah that kind”. I don’t know why everything is FYI with her, but it makes us laugh.

And Kyle and I took the kids out to Red Robin Friday night for dinner. I was getting dressed and look up and see Kyle putting on his North Face vest. I was like, hey I was going to wear my vest! I had no energy to change and already had my jeans and tee on. So we were twins. Very Pacific Northwest of us. 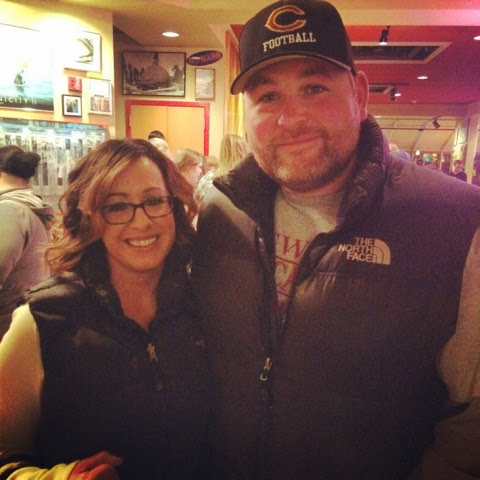